from Father to son

Our history and tradition starts in 1933 when Michele Langella, my grandfather, starts working in a local Pizzeria.

After a few years he started his own business where Antonio Langella, my Father, started getting familiar with the Art of the Neapolitan Pizza. 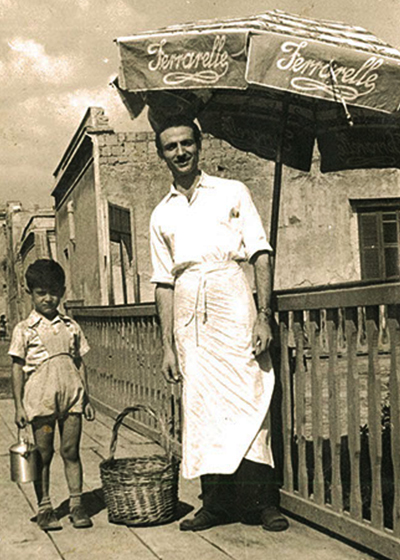 Since he was young, Antonio Langella, worked for the most important and popular Pizzerias, contributing to spread the Art of the Neapolitan Pizza in Italy and allover the World.

In the second part of his long career, he worked as an Artisan in manufacturing traditional Pizza Ovens, an Art he learned when he was younger from the Master, Domenico de Turris!

He participated in many international Events like 2007 in Bruxelles where The Pizza Verace Napoletana got the STG Certification (Traditional Specialty Guaranteed).

Any cookies that may not be particularly necessary for the website to function and is used specifically to collect user personal data via analytics, ads, other embedded contents are termed as non-necessary cookies. It is mandatory to procure user consent prior to running these cookies on your website.